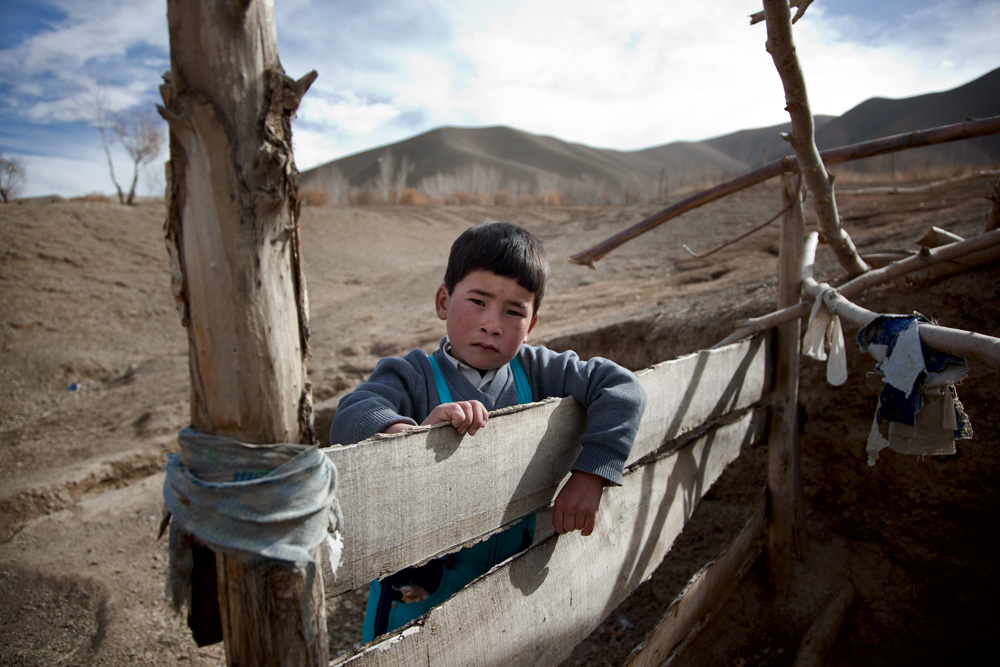 Ali Sina (6) at the home of his uncle Sidiq in Bamiyan. His father, Shah Wali has fled via a people smuggler to Indonesia where he is trying to get to Australia. Bamiyan is home to the empty Buddhas of Bamiyan niches, two 6th century monumental statues of standing buddha carved into the side of a cliff in the Bamyan valley in the Hazarajat region of central Afghanistan. The valley is home to many Hazara's, who have often made up vast numbers of refugees to Australia, having been persecuted and driven from their homes in both Afghanistan as well as from Quetta in Pakistan where a lot of displaced Hazara fled to during the Taliban years. Bamiyan is home to a lot of Hazara who are Shia muslim and as such are looked down upon by the Sunni Pashto tribes that make up the population majority in Afghanistan.